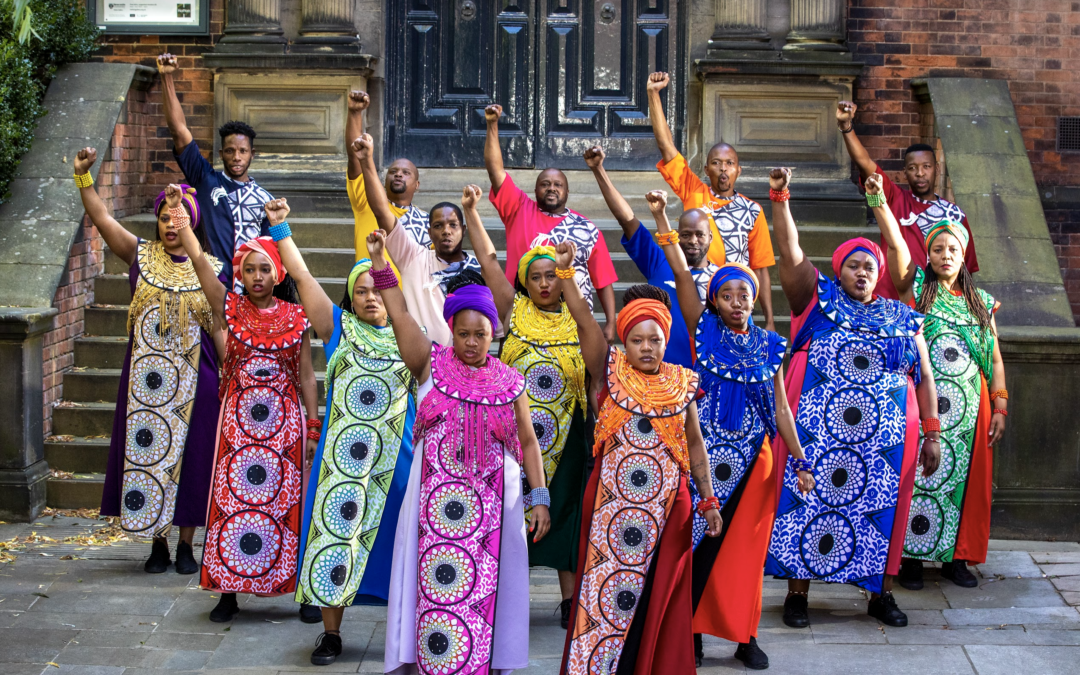 The Weis Center for the Performing Arts will welcome back the Soweto Gospel Choir on Thursday, December 1 at 7:30 p.m. at the Weis Center.

The performance is sponsored, in part, by Coldwell Banker Penn One Real Estate, Martha and Alan Barrick, WNEP and the ArtsCONNECT program of the Mid Atlantic Arts Foundation with support from the National Endowment for the Arts.

All attendees are asked to bring a canned food item, which will be distributed to local families in need through Union County Children and Youth Services.

The program, “Hope: It’s Been a Long Time Coming” features songs that commemorate the freedom movements in two countries, South Africa and the United States.

Producer Andrew Kay states, “It’s a thrill for the choir to tour the United States and Canada again. These talented artists love spreading joy to audiences across the globe. And audiences, no matter where they see the choir, find their performances inspiring and their joy contagious.” He continues, “This new concert is something they’ve wanted to do since before the pandemic. They can’t wait to share this music with everyone!”

Pre-Performance Talk
There will be a free-performance talk with a member of the Soweto Gospel Choir, facilitated by Tanisha Williams, the Richard E. and Yvonne Smith Post-Doctoral Fellow in Botany from 6:40-7 p.m. the same night as the performance, in the Weis Center Atrium.

Protest Songs Playlist
As part of the engagement, the Weis Center has curated a playlist of protest songs on Spotify. Members of the public are encouraged to suggest songs for the list. Suggestions can be emailed to [email protected] or sent through the Weis Center’s Facebook (Facebook.com/WeisCenter) or Instagram (Instagram.com/Weis_Center) accounts. The playlist will be played in the Atrium and in the Concert Hall on the evening of the performance, December 1.

About the Performance and the Ensemble
In a concert of hope commemorating and remembering the freedom movements in South Africa and the United States, the three-time Grammy-winning Soweto Gospel Choir brings joy and inspiration to us all. An unforgettable night starts with a rousing program of some of the South African freedom songs that inspired their Rainbow Nation, then moves to the United States with beautiful and heartfelt renditions of the music of the civil rights movement featuring works by legendary artists such as Billie Holiday, James Brown, Otis Redding, Curtis Mayfield and the one and only Aretha Franklin.

Hailing from Soweto (South West Township, South Africa), a town outside of Johannesburg and home of Nelson Mandela and South Africa’s democratic movement, Soweto Gospel Choir continues to inspire audiences around the world with their powerful blend of African gospel, freedom songs and international classics.

The Soweto Gospel Choir was formed in 2003 at the end of the apartheid era and during South Africa’s inspiring return to democracy. Taking part in some of the major historical events in the new democratic South Africa, Soweto Gospel Choir are proud to have performed on many occasions for the former President Nelson Mandela and sadly at his state funeral in South Africa and at the subsequent commemorative service at Westminster Abbey in London. They were similarly invited to perform at the funeral service for the late president’s first wife, Winnie Mandela. The choir’s patron is human rights activist and Nobel Peace Prize winner Archbishop Desmond Tutu, and are proud to act as ambassadors for the Nelson Mandela Foundation.