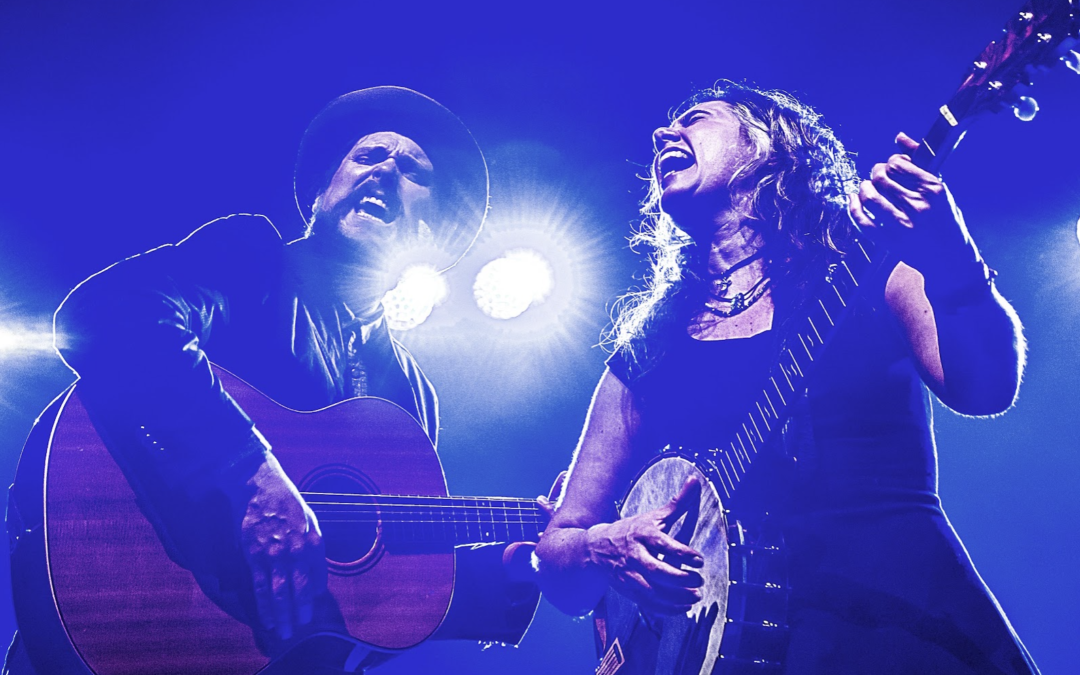 The Weis Center for the Performing Arts will welcome Canadian folk duo The Small Glories on Wednesday, November 9 at 7:30 p.m. at the Campus Theatre in downtown Lewisburg.

The performance is sponsored, in part, by the Williamsport Sun Gazette.

Roots powerhouse duo The Small Glories are Cara Luft and JD Edwards, a musical tour-de-force partnership planted on the Canadian prairies. Thrown together purely by accident for an anniversary show at Winnipeg, Canada’s venerable West End Cultural Centre, The Small Glories could almost make you believe in fate.

With a stage banter striking a unique balance between slapstick and sermon, these veteran singer-songwriters have a way of making time disappear, rooms shrink and audiences feel as if they are right there on the stage with the band — writing the songs, living the songs, performing the songs. It’s not uncommon for listeners to find themselves laughing, dancing, crying or caught up in a good ol’ fashioned sing-along.

The material of a Small Glories’ concert is welcoming in terms of subject, folk-pop melody and instrumentation — songs of love, loss and environment, delivered with soaring, interwoven vocals on various combinations of stomping claw-hammer banjo, guitar and harmonica. However, a Small Glories’ performance is really about what happens between the songs.

2020 Multiple Canadian Folk Music Award Winners: Contemporary Album of the Year, Ensemble of the Year and Vocal Group of the Year

#1 Folk/Roots Album of the Year on Canadian Campus Radio