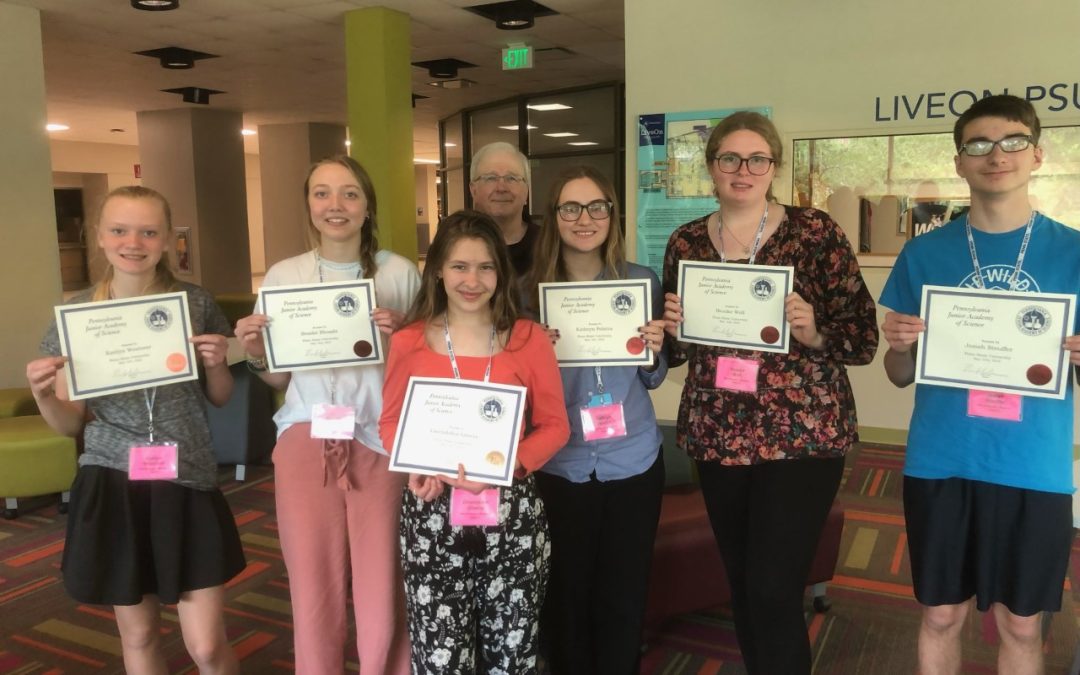 The Bloomsburg Children’s Museum hosts a science fair for local students every January. This past January, 35 students from 8 schools competed in the fair which was held at the Bloomsburg Fire Company. From that, 17 students were sent to the regional Pennsylvania Academy of Science (PJAS) fair at Susquehanna University on February 26. At the regional fair, students from 10 counties compete for a chance to move on to states. Seven of the 17 students the Museum sponsored at this fair moved on to the PJAS state science fair.

This past Monday, May 16th, these 7 students joined over 1200 other students from across the state at Penn State University to showcase their work and compete for prizes.

“We want to congratulate each of these amazing students. They worked for months on their projects and rose to the top level of competition,” Dr. Ginny Weibel, the Director of the Bloomsburg Children’s Museum said. “I also want to recognize the contributions of the students’ parents and teachers who worked with the students and supported them through this.”

Sekisui/Kydex, the PPL Foundation, and The Friends of the Bloomsburg Children’s Museum helped to sponsor these students as they advanced through all levels of the science fairs.

The Bloomsburg Children’s Museum is a 501(c)3 nonprofit overseen by a board of directors. This organization strives to offer unique, sustainable, and dynamic learning opportunities for youth through year-round interactive exhibits, programming, and community outreach. For more information, please visit https://the-childrens-museum.org/